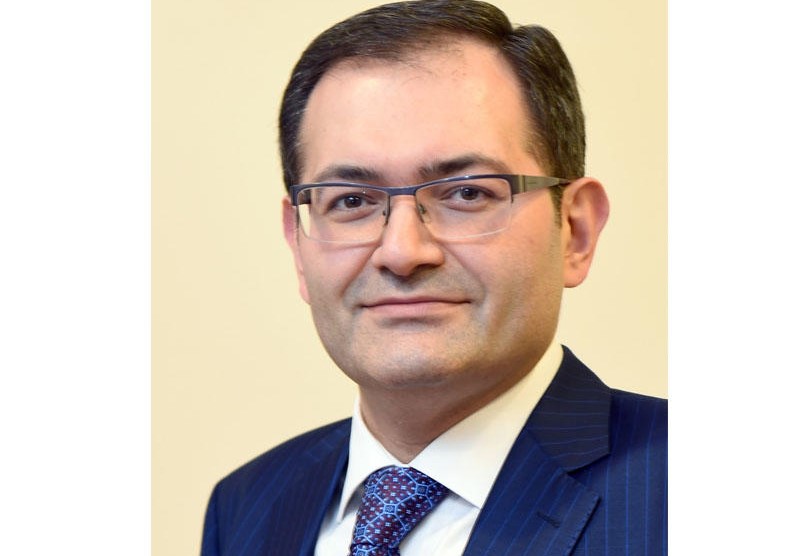 Intigam Babayev: "The conditions created by the head of state are the basis of all this success and development"

Here is an interview with Deputy Minister of Youth and Sport Intigam Babayev:

- As you know, President Ilham Aliyev signed a decree approving the "Strategy for the Development of Azerbaijani Youth in 2015-2025." What work has been done, is being done or is planned to be done by the ministry in connection with this order?

- As you mentioned, the relevant decree of the President the "Azerbaijani Youth Development Strategy" adopted on January 26, 2015, and the main goal of this strategy is to develop the potential of Azerbaijani youth in accordance with modern requirements and use this potential for the benefit of our country, to form a real active citizenship in the new generation. I would like to emphasize that almost all social groups of our youth are targeted in the strategy. That is, we have 17 target groups, and almost all of them are young scientists, refugees, IDPs, young people with disabilities, social activists, creative youth and so on. 17 groups were targeted.

The strategy is a 10-year document and envisages the implementation of relevant projects, events and programs by the state aimed at the development of Azerbaijani youth for 10 years. In order to achieve these goals, the Ministry of Youth and Sport together with other relevant government agencies and public youth organizations has implemented a number of different projects and events over the years. On average, the number of these events and projects is between 150-200 each year, and among them are projects aimed at the development of youth in the country, as well as projects that create conditions for more active participation of our youth in the international arena.

The strategy itself is 10-year, but other relevant normative documents are adopted as required to ensure the implementation of this 10-year strategy in a specific period of time. For example, the "State Program of Azerbaijani Youth" covering 2017-2021 was adopted, the provisions of which are directly aimed at the implementation of this strategy. The strategy is a guiding, comprehensive document. The state program reflects more specific tasks on specific goals before the relevant agencies.

I think that in the next stage we will work hard to complete this strategy at a high level, for the goals set before us. We have had two state programs before, and as a result of their successful completion, this third state program has emerged, and I would like to emphasize that all these programs, when the strategy itself is developed and discussed, we organize discussions with the participation of our youth and civil society.

- What is currently being done in Azerbaijan in connection with the volunteer movement and what are the future plans?

- The topic of volunteerism is one of the main directions of the state youth policy in Azerbaijan, and perhaps, unlike many countries, when we say "voluntary movement in Azerbaijan", we automatically connect it to the youth. There is no age limit for volunteering, but in Azerbaijan, with the exception of the absolute majority, young people have joined the "volunteer movement" and the formation of a large movement in Azerbaijan in a short time is due to the fact that the head of state has always paid special attention to this issue. If you remember, at the youth meeting on February 1, 2019, Mr. President paid special attention to this issue and welcomed the participation of young people in the "volunteer movement", and at the same time recommended that the relevant government agencies and other organizations create conditions for volunteers.

With the establishment of the "ASAN Volunteers" organization, volunteerism expanded and became a movement. Today, our volunteers in the "Regional Development Union", "One Student Volunteer" program and other areas have become very widespread and active, and it is impossible to feel our lives without them.

- How would you assess the activity of our youth in conveying the truth about Nagorno-Karabakh to the world community? How can this activity be increased?

- In previous years, we have always tried to convey the realities of Azerbaijan, especially our national cause, Nagorno-Karabakh, to the world community through the use of modern high technology through social networks, especially this year. Because it can be said that the vast majority of our activities are already in online format, this work has been intensified. The "Virtual Karabakh" Information and Communication Technology Center, established on the initiative and with the support of the Ministry, is currently operating and continues to operate. Since 2013, the website created by the center alone has exceeded 15 million views on its various products. It reflects almost all countries of the world, including our notorious neighbors - Armenia. Because they also look at the sites we create from time to time, analyze them, and at many times on their sites we are criticized, and from this we understand that we are on the right path.

Today, there are various platforms, from which our youth propagandizes about Karabakh. Especially during the battles of Tovuz, we witnessed that in a short time, our young compatriots both abroad and inside the country gathered and were able to carry out the necessary campaign against the enemy on social networks, to organize it in the international arena. Work in this direction will be continued. As the Ministry of Youth and Sport, we will continue to implement various projects.

- What would you say to the Azerbaijani youth during the pandemic, when the world is in a state of helplessness?

- First, life goes on. Of course, the pandemic was a difficult test for Azerbaijan, as it is all over the world. But I can say with full confidence that Azerbaijan, as a state, is successfully passing this test. As a result of the state strategy implemented over the years, strengthening the economy and increasing the economic potential of Azerbaijan, as well as the formation of appropriate infrastructure in all areas, including health, showed that in a short time the relevant orders of the President, in accordance with his political will. Thus, the Azerbaijani state was able to take prompt steps. That is, the Operational Headquarters was established, the necessary steps were taken, orders were adopted, and state programs began to be implemented. Serious steps have been taken to protect the social welfare of hundreds of thousands of people, as Mr. President has always emphasized, mainly to protect people's health.

-          Azerbaijan during the pandemic, when the world was helpless…

The Azerbaijani state was able to take immediate steps. That is, the Operational Headquarters was established, the necessary steps were taken, orders were adopted, and state programs began to be implemented. Serious steps have been taken to protect the social welfare of hundreds of thousands of people, as Mr. President has always emphasized, mainly to protect people's health.

I am confident that as a result, Azerbaijan as a state will be among the countries that have suffered the least losses, and we will call this disaster. The youth of Azerbaijan has gathered its strength in this process and focused its potential on various interesting initiatives, projects, supporting the ministry and the initiatives implemented by us. Life goes on. Interesting projects have been implemented and are being implemented in all areas of youth policy during these months.

My call to our youth is to be more responsible and more civic. This problem still persists. There are positive results, the number of patients is decreasing. We must unite our efforts even more. As citizens, we are obliged to take steps such as using the required mask and waiting for the social distance in accordance with the recommendations of the Operational Headquarters. Unfortunately, world statistics show that the number of patients at this stage is growing among the young people. I would like this world statistic not to apply to Azerbaijan, and our young people in Azerbaijan to protect their future and their environment by choosing the right path and choosing health. Let them protect our society and state. A strong state needs healthy citizens, healthy youth.