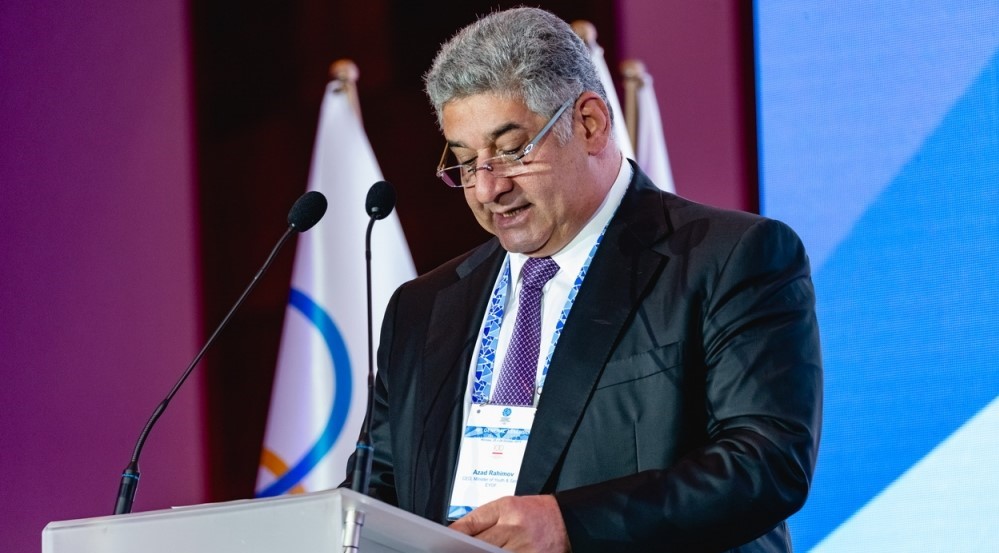 Minister of Youth and Sport of Azerbaijan Azad Rahimov, who is on an official visit to Warsaw, Poland, addressed the 48th General Assembly of the European Olympic Committees.

Speaking about the 15th European Olympic Youth Festival, which was held in Baku in July, Minister gave information about the preparations, the work done, organizational issues and a number of trends.

Speaking about the sport policy of our country and the steps taken in this direction, Minister Azad Rahimov also spoke about successful sports competitions in the country over the past years, interest in these competitions, activities of sports arenas, sports policy and other important issues.