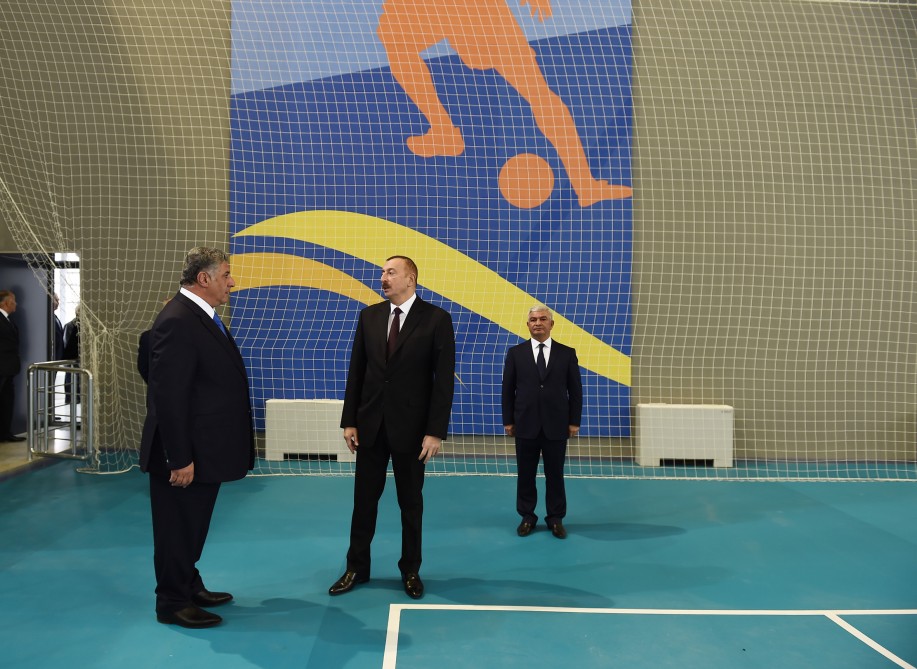 The Agjabedi Olympic Sports Complex was opened on November 28, 2017.
President of the Azerbaijan Republic Ilham Aliyev took part in the opening ceremony.
First, the Head of the State cut the ribbon as a sign of the opening of the Olympic Sports Complex.
The steps taken to create a giant sports infrastructure have led Azerbaijan as a sporting country not also in the geographical area but in the worldwide. This was achieved due to the care and attention shown by President of the Azerbaijan Republic, President of the National Olympic Committee Ilham Aliyev. The construction and commissioning of a number of the Olympic Sports Complexes, sports and health centres have recognized Azerbaijan as one of the countries where the giant sports movement is taking place. In recent years, Azerbaijan has hosted a number of prestigious international sports competitions. One of the key points of attention is the physical culture and sport in all the regions of our country. In order to succeed in it, the Olympic Sports Complexes, sports facilities and stadiums are being built in different regions. One of such giant sports facility was built in Agjabadi.
Minister of Youth and Sport Azad Rahimov briefed the President on the conditions created at the Agjabadi Olympic Sport Complex.
It was noted that the construction of the Complex began in June 2012. High-quality construction work was completed in November this year. This Complex draws attention with its contemporary forms. All the necessary infrastructure has been created in the sports facility with a total area of 5 hectares. The complex has 100-spectators hall, wrestling and judo, boxing, weightlifting halls, as well as the universal gym for 937 fans. The sports complex includes table tennis, billiard, gym and fitness halls, summer cafe, shop, ticket sales office. The building also has gyms, VIP lounges, supervisors, coaches, rooms for referees, doping controls, dressing rooms and other necessary rooms. According to the general plan, the Complex has 810-seat football ground stadiums with a length of 104 and a width of 68 meters, as well as mini football, volleyball and tennis courts. In short, there are great opportunities to deal with different types of sports here.
Establishment of such complexes, as well as raising the prestige of Azerbaijan as a sporting country, plays an important role in increasing the sporting potential of the young people living in the regions, revealing their potential and developing overall the mass sport. One of the aspects that enhances the importance of the Complex is the creation of a modern hotel. The three-storey 50-room hotel has all the facilities for athletes to stay and rest there. There are three triplets, two double rooms, two VIPs, 13 triple rooms and a conference room for up to 95 persons in the hotel.
It was noted that the swimming pool meets the most up-to-date standards. The length of the pool is 25 meters and the width is 12.5 meters. More than 100 spectators will be able to watch the swimming events in the hall. The restaurant will also operate in the building. The Complex is also equipped with gas, water-sewerage, electricity, communication lines. Large green stripes have been laid around and security surveillance cameras are installed around it.
After familiarization with the Complex, President Ilham Aliyev met with the representatives of the local public and athletes.
Member of the Agjabedi sports school, double world and seven-time European champion Ali Jafarov expressed his gratitude to the Head of the State for the development of sports in our country, including the attention and care shown to the region.
In the end, a memorable photo has been taken. 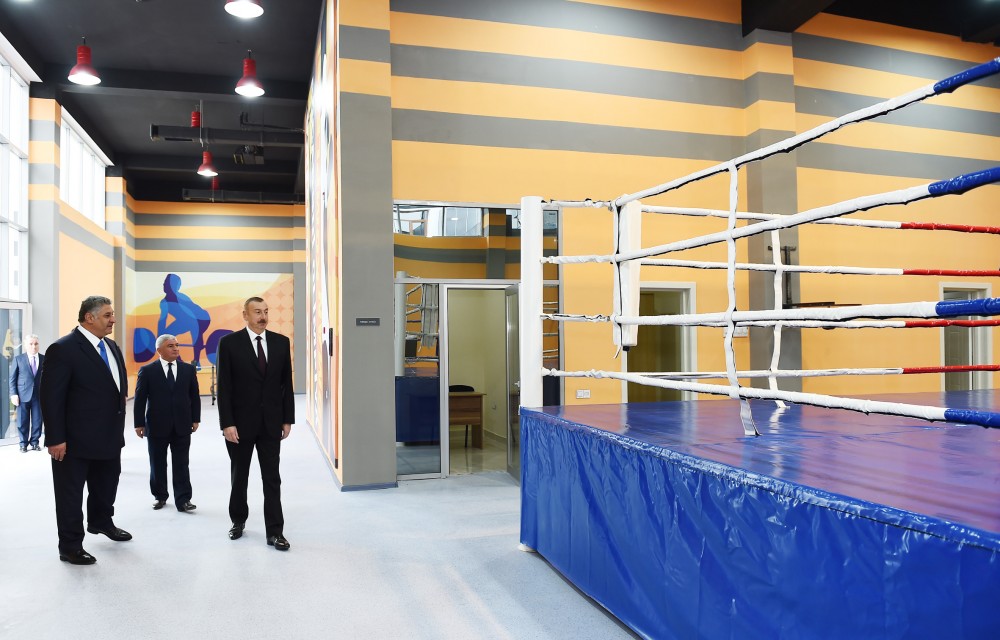 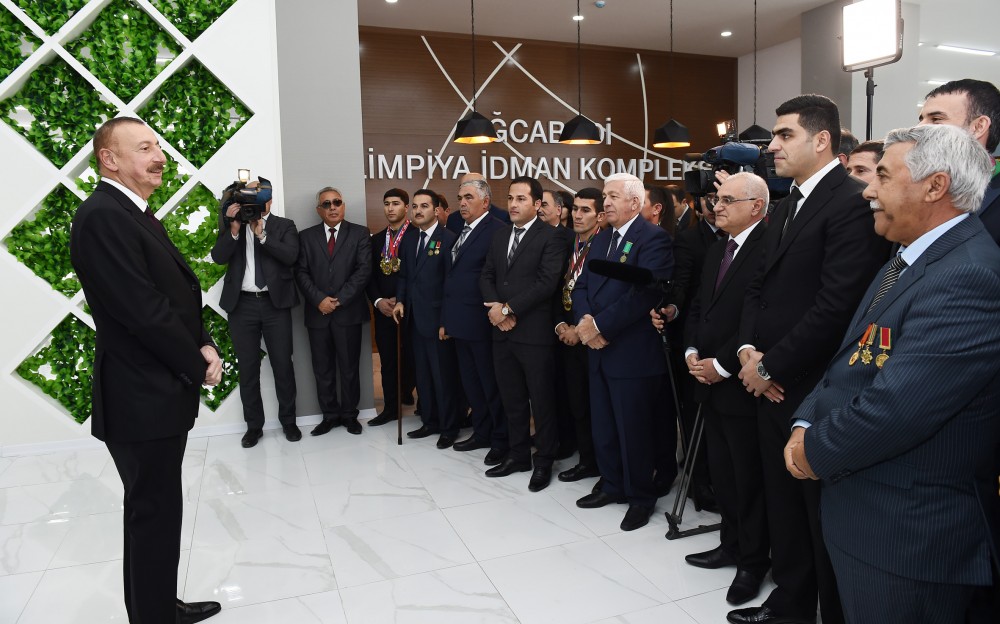 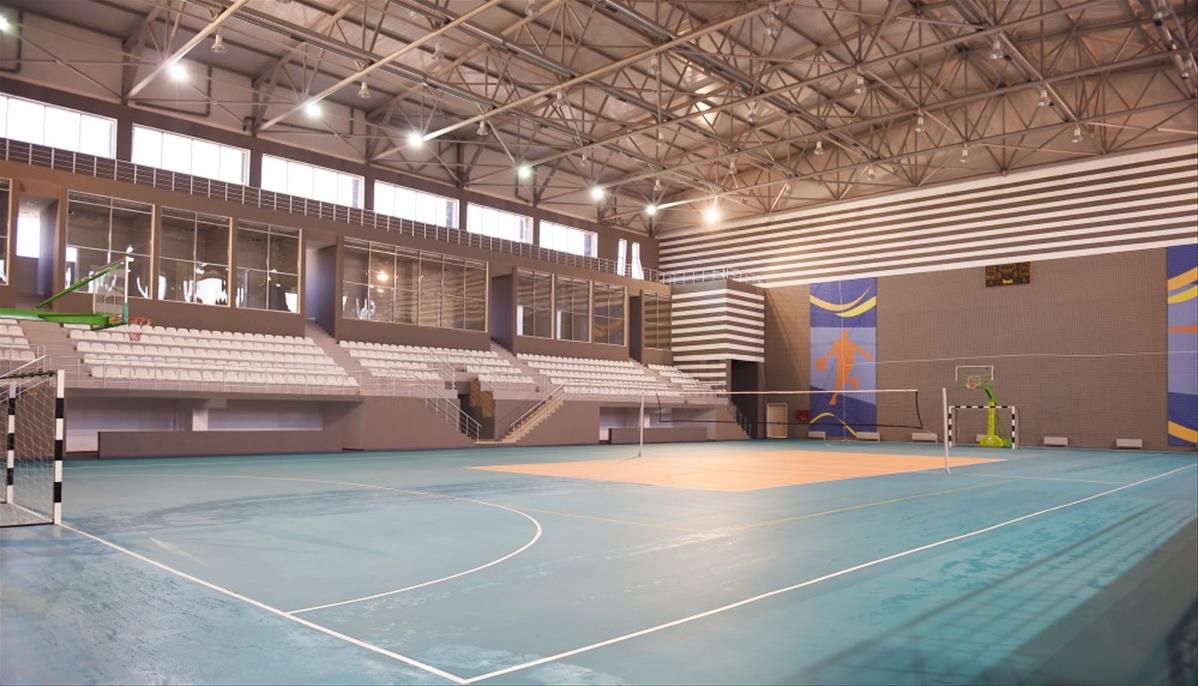 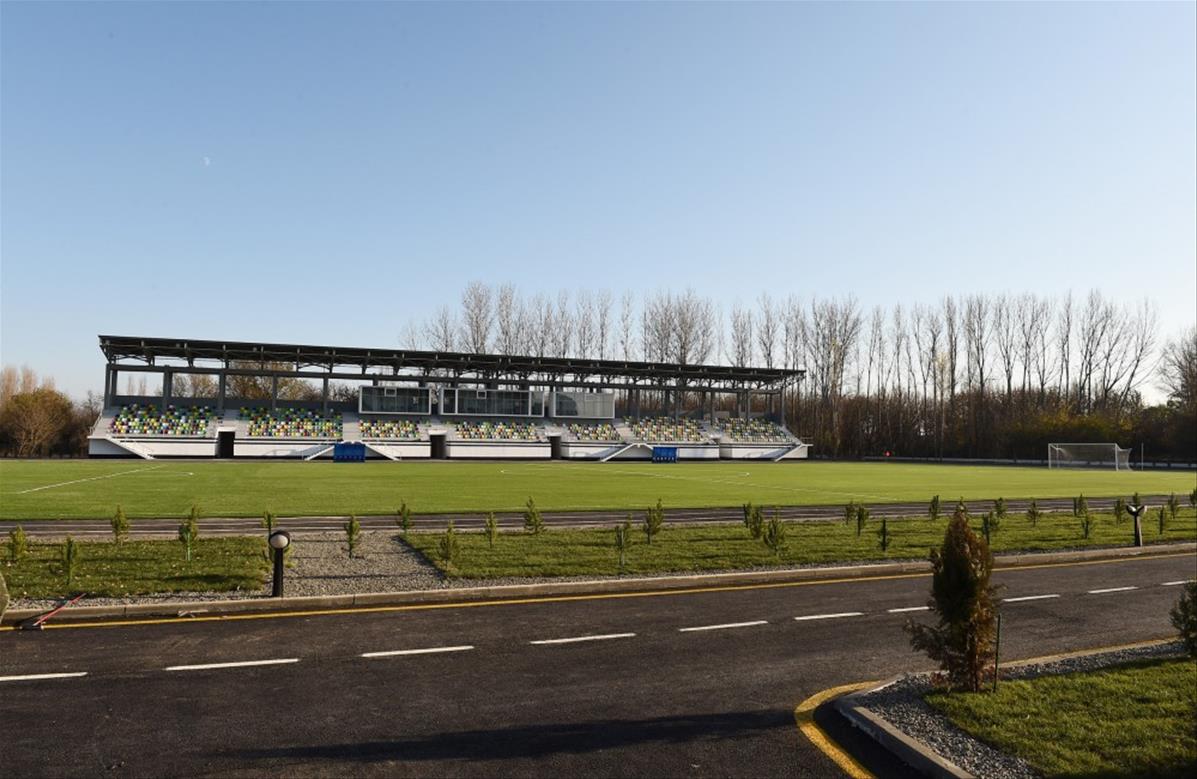 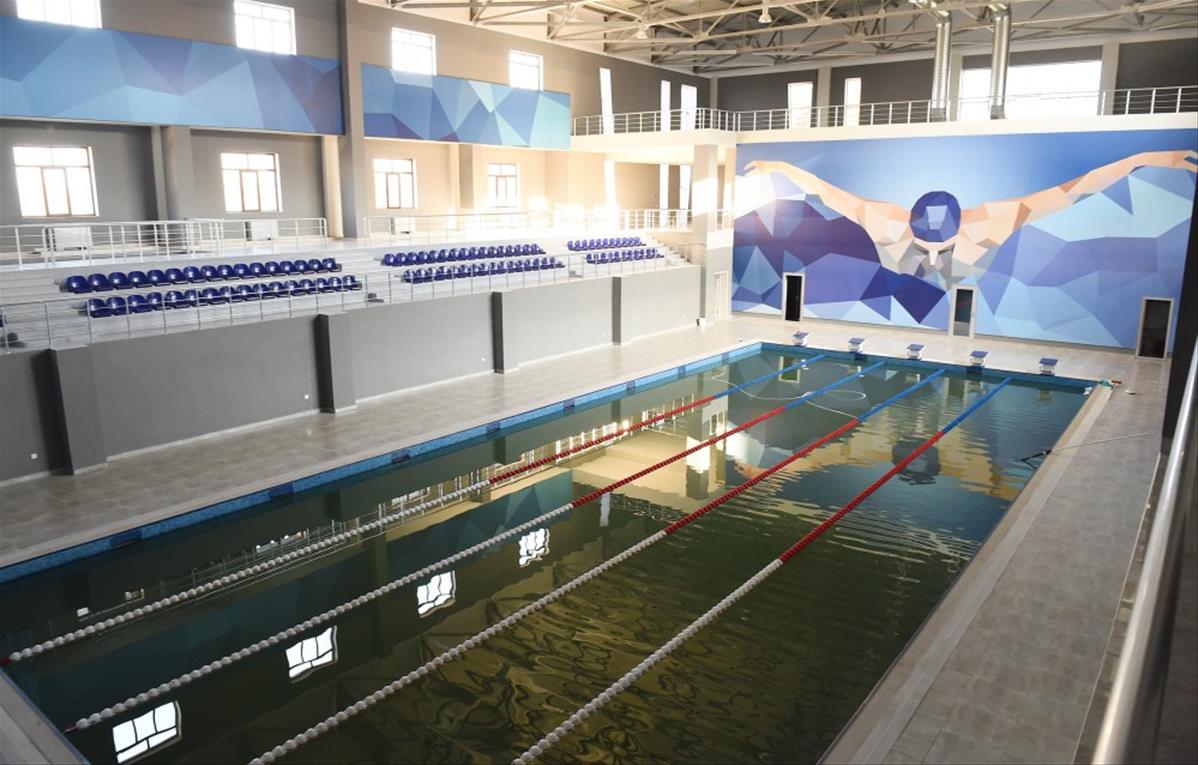 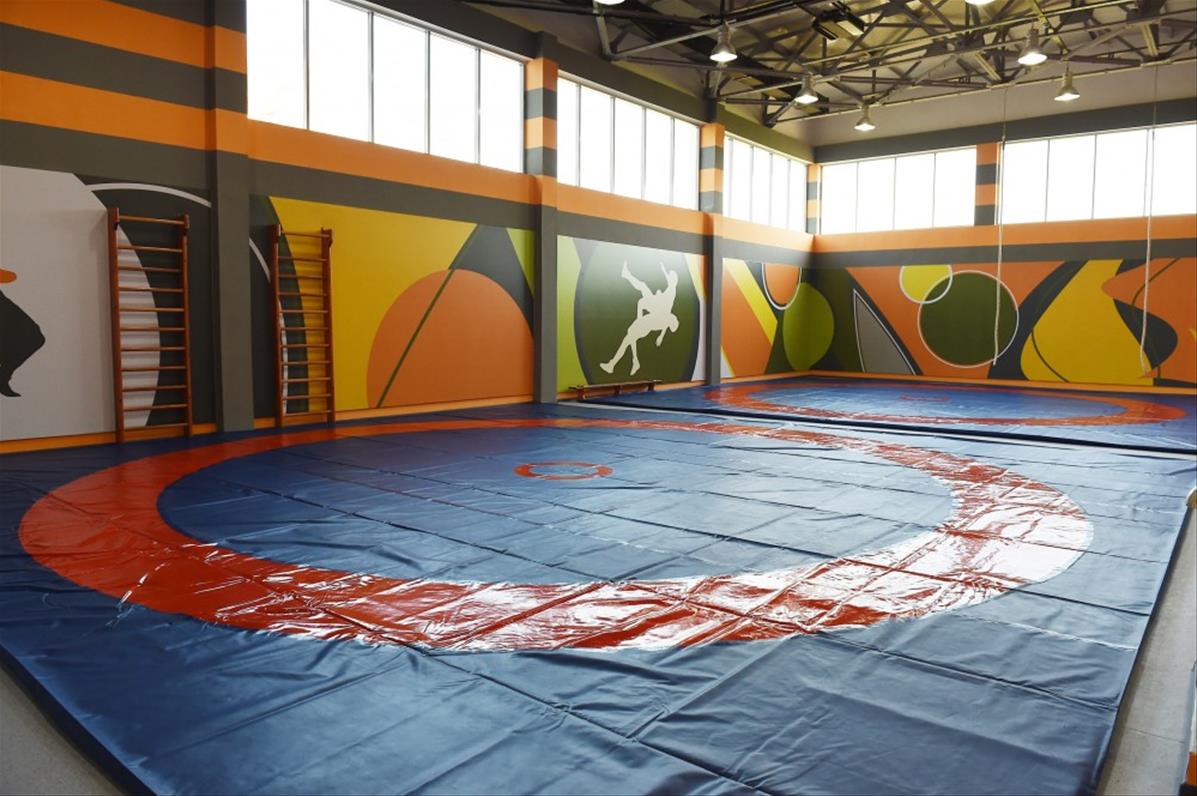 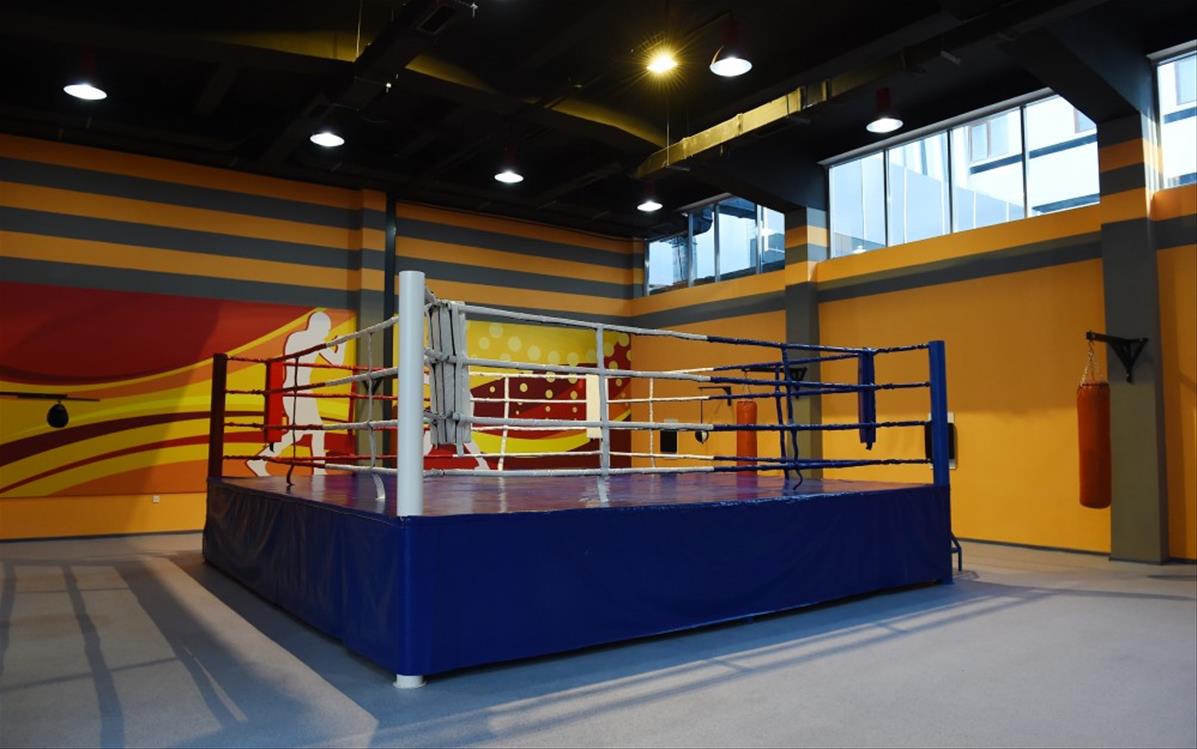 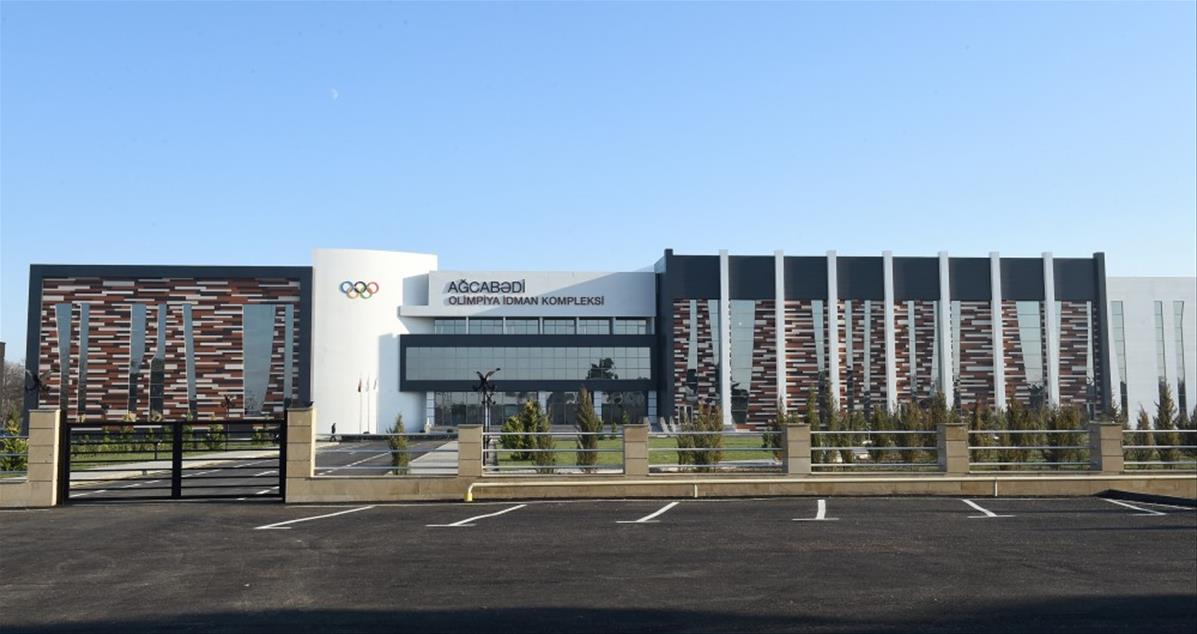