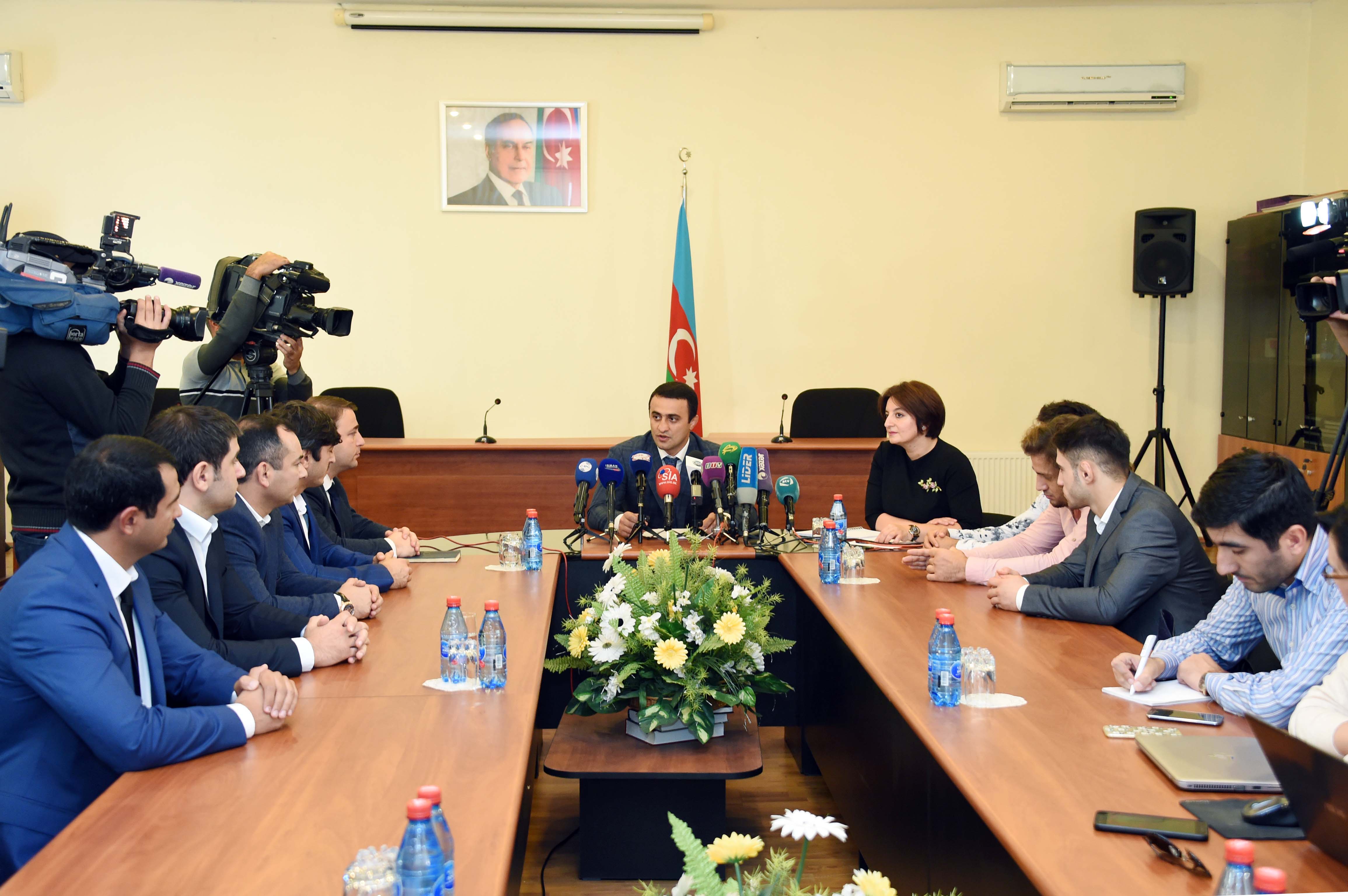 A meeting with the members of the Azerbaijan national team, who successfully performed at the Judo World Championship among the youth in Zagreb, Croatia, was held at the Ministry of Youth and Sports on October 25, 2017.
The Head of the Sports Department Farid Mansurov praised the achievements of our young judokas: "The success of our athletes on this kind of sports shows that the Azerbaijan Judo Federation targets accurately defining the right direction. Our young judokas won two gold, two silver and one bronze medals at the World Championship in Zagreb. This is a great result. I congratulate our athletes and the AJF team. Our national team took the first place in the European championship among the youth. The World Championship will be held next year in Baku. I believe that in this championship Azerbaijan will distinguished with the number of medals and high organizing of the Championship."
Secretary General of the AJF Elmar Babanli noted that this result is the first both in number of medals and in their quality. The Azerbaijan boys’ national team took the first place. This is a historic victory.
The Secretary General noted that other sportsmen would continue the competition among the youth, except for H. Heydarov and N. Gurbanli at the Azerbaijan championship to be held on December 21-22, 2017.
The head coach of the youth national team Elchin Ismayilov noted that our judokas met with the strongest athletes in the World Championship. Nevertheless, our athletes are remembered with a good result.
Natiq Gurbanli and Karamat Huseynov, who won silver medal in the championship, also thanked the President and the Federation for the conditions created for our athletes.
Then journalists' questions were answered.
Hidayat Heydarov (73 kg) and Zelim Kostiev (100 kg) won gold medals, Natiq Gurbanli (55 kg), Karamat Huseynov (60 kg) got silver medals and Nazakat Azizova (52 kg) won a bronze medal at the world youth championship. 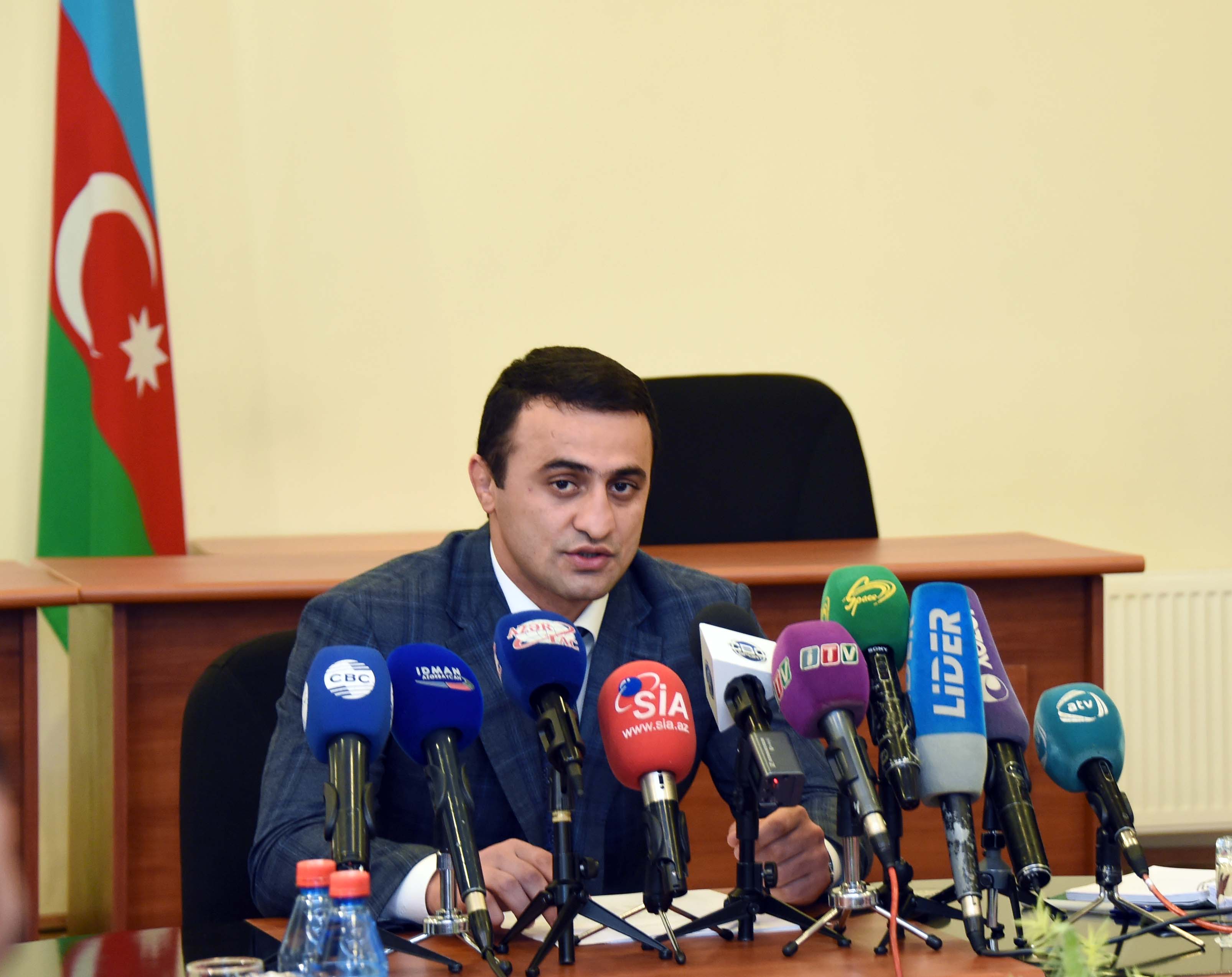 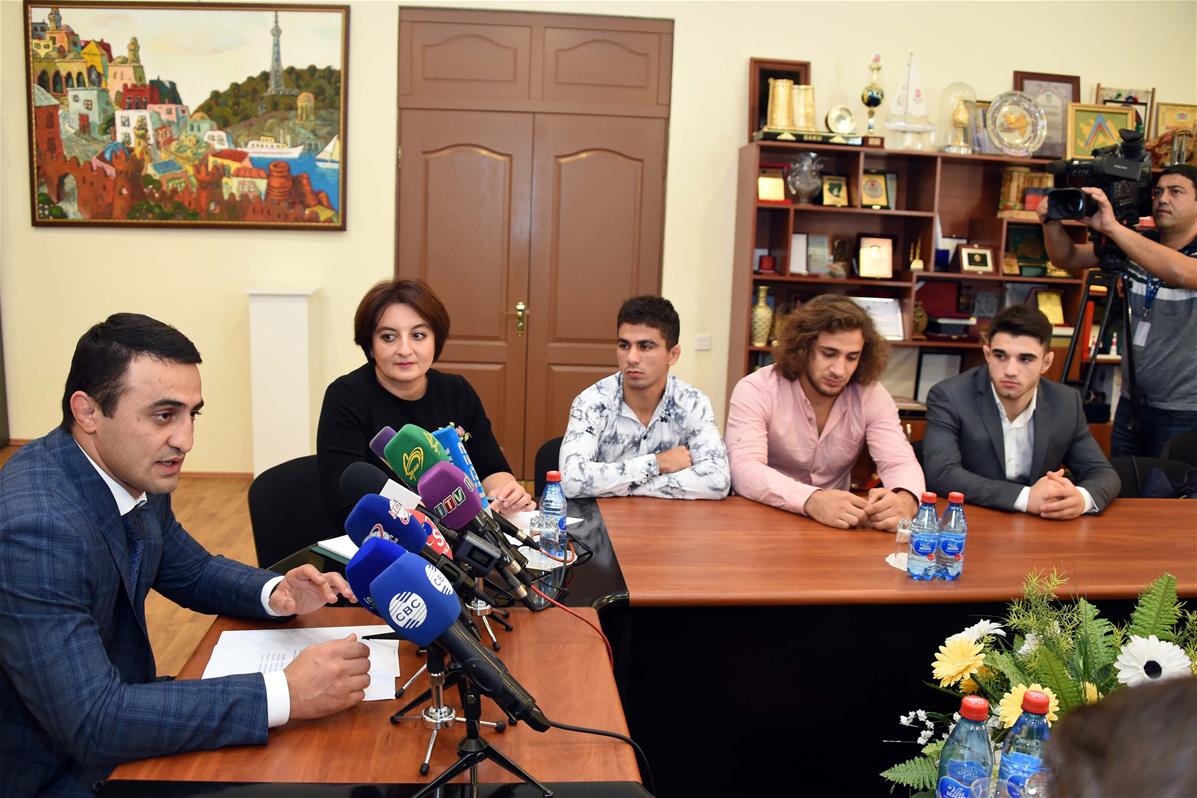 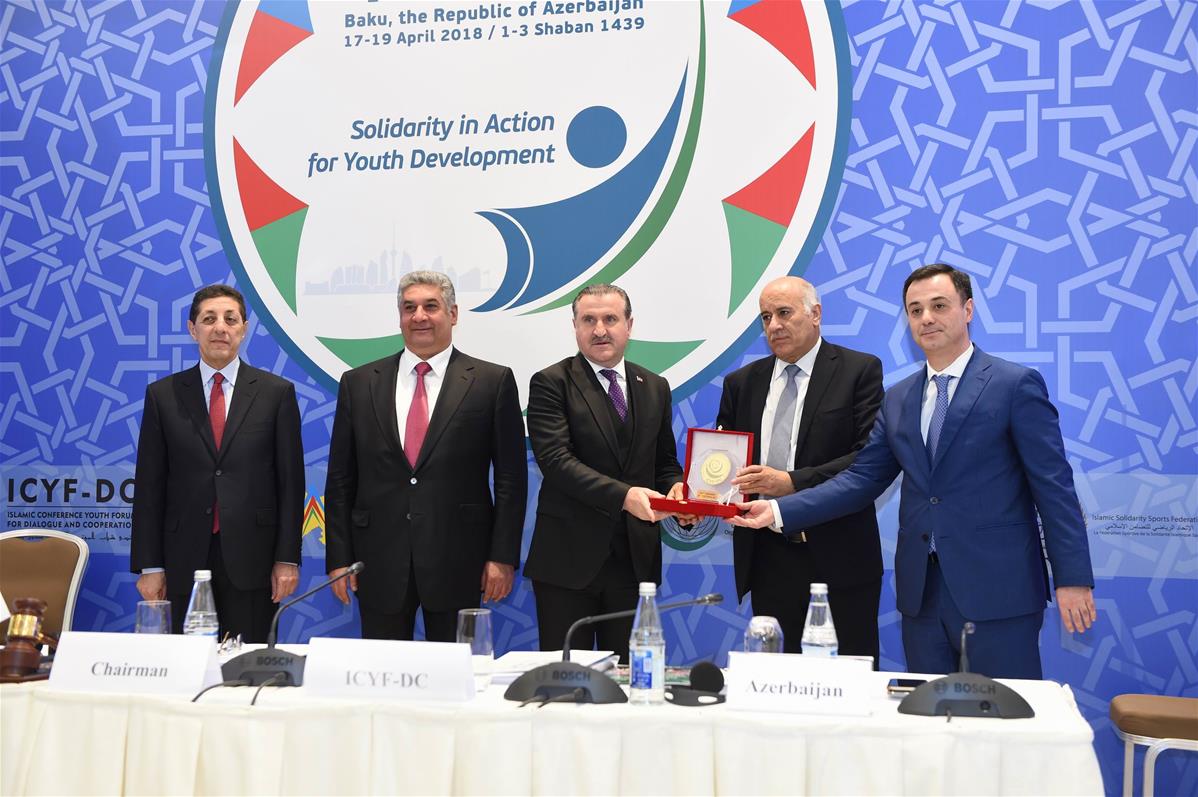 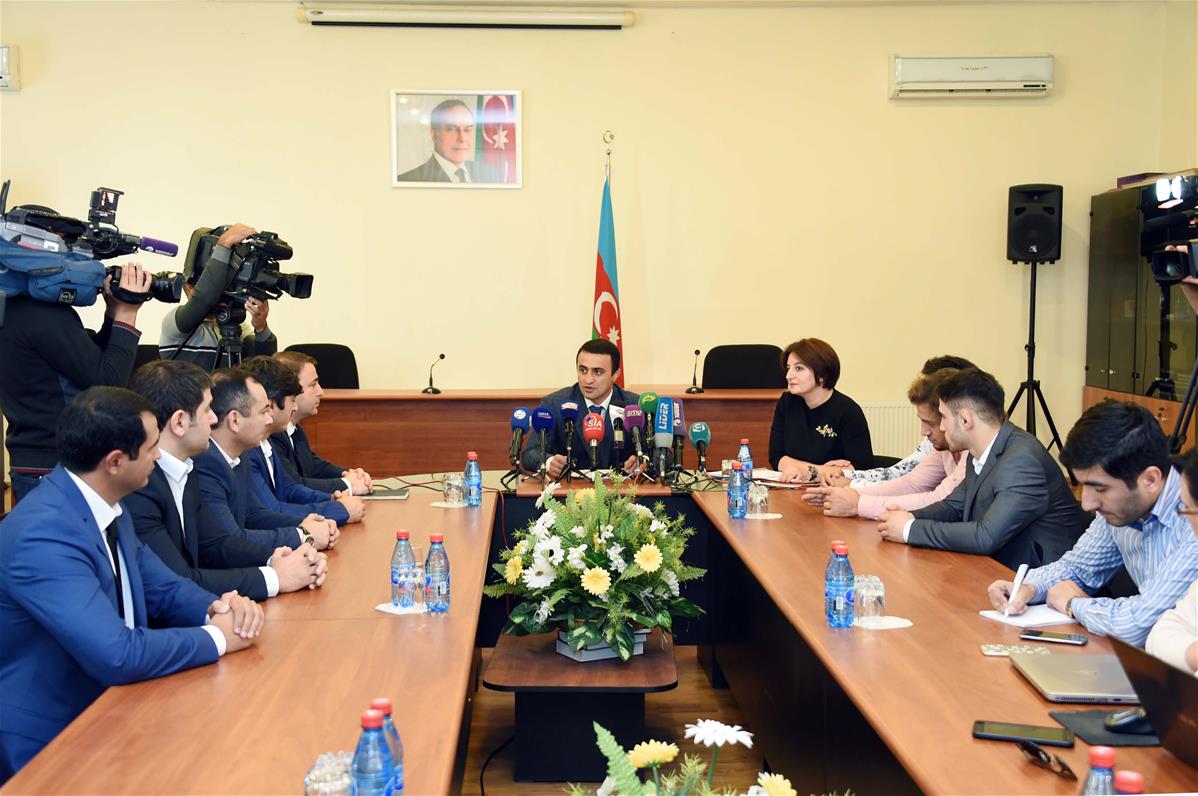 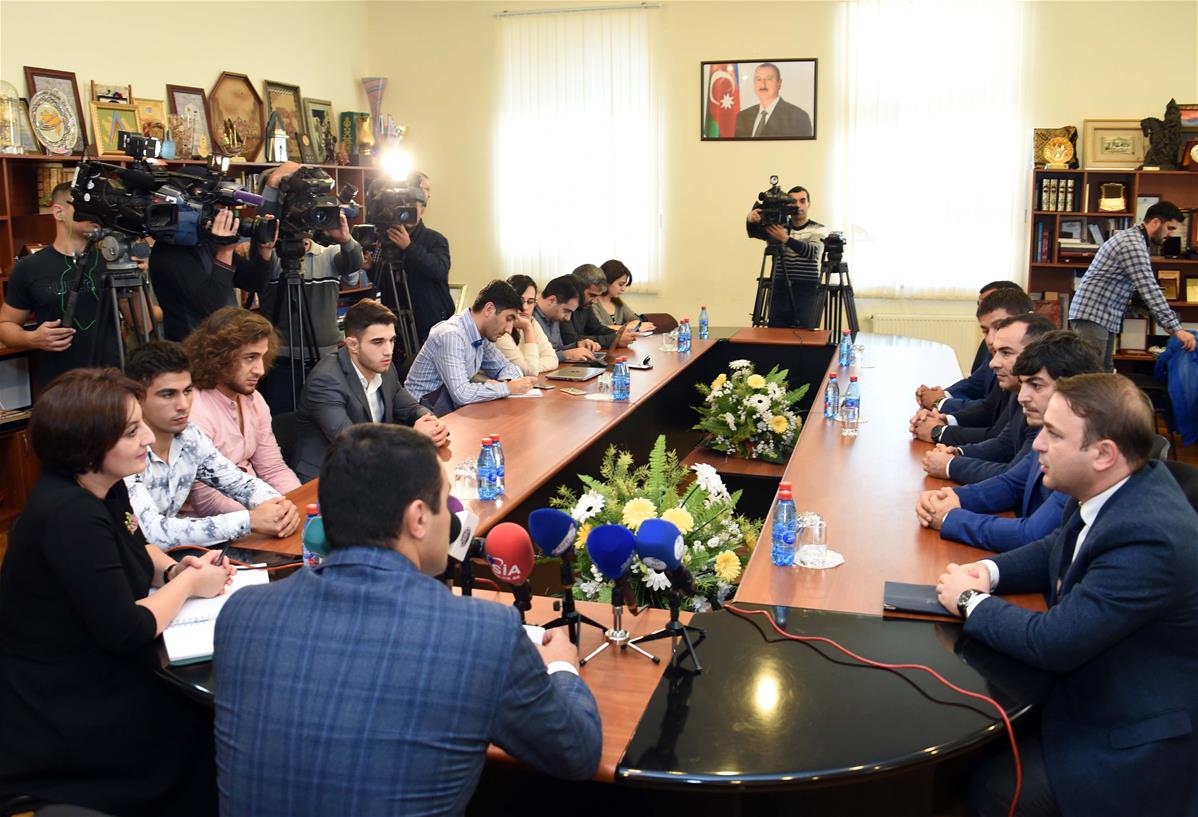